This round, so far, has been so easy that I keep forgetting that I have things to say. I think that it being easy is noteworthy.

That being said, I woke up today CRANKY. That could be for a number of reasons, and probably is a combination of things, but regardless, I’ve been on the lookout for it. Self awareness has served me well, at least I can warn people and watch what comes out of my mouth, haha.

It’s still a bit early to say, but I think I’m going to have much less adjustment this time around. My base diet has been pretty clean, with the exception of a decent amount of cheese. It’s been the snacking that has been the worst, but that’s also the easiest thing to cut out.

So, in short, so far so good! We took measurements on Day 2, and again, it’s good to see that I haven’t gone too far off the rails. I’m really glad to be back on this track, and really happy to have support from Jon joining me. Having a compliant household is soooo much easier than existing within a non-compliant one!

I’ll try to post more often :) Until next time! 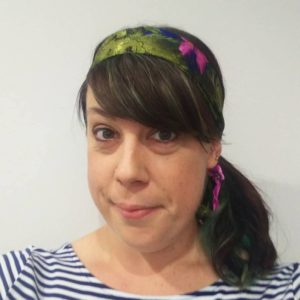 I’ve personally had a variety of websites/blogs. First I dabbled in food blogging, then I freelanced and had a business/portfolio site. Then I set up (and subsequently never used) a running blog. So instead of picking a theme and limiting myself, I’ve decide that this site is just, well…me. So I make no promises on content, quality, frequency, or consistency. I’ll be writing whatever I damn well please, whenever I damn well please.

Hopefully having #nolimits will help me actually, you know, use the site. If it’s quiet around here, poke me with a stick and see what I’m up to.

This error message is only visible to WordPress admins

Please go to the Instagram Feed settings page to create a feed.